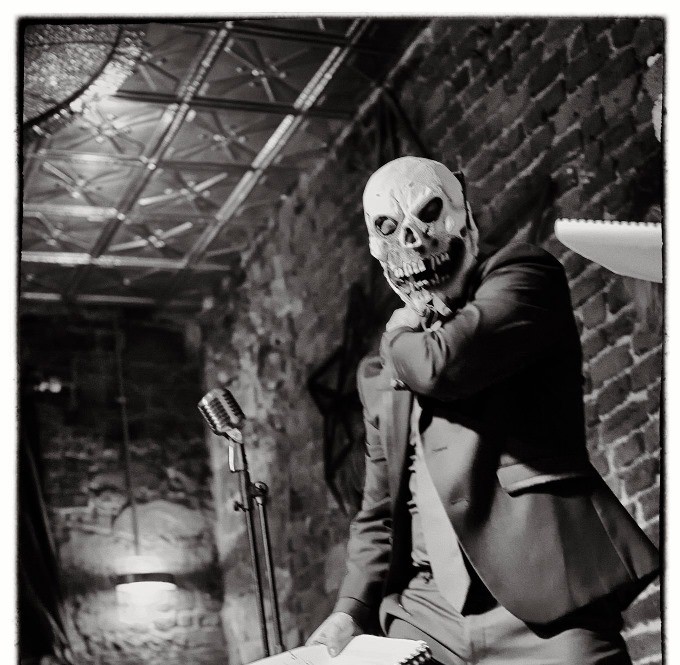 Follow the adventures of Lepage Cranbrook, affluent socialite and amateur detective, who dons a skeleton mask at night to become The Boneyard Man, New York’s most terrifying crime-fighter! With the help of his longtime friend and companion, Margery Road, he foils a legion of criminal masterminds! The Boneyard Man is a homage to the radio dramas of the 1930s and 40s, giving audiences a unique glimpse at the radio noir style.

This zany alt-theatre spoof, written by Jayson McDonald (Natural Broadcasting Company, Canada), made its sell out Irish debut in October 2013 as part of the Limerick Arts Encounter.

Director/actress Norma Lowney will once again be joined onstage by Karen Fitzgibbon, Kevin Kiely and Darren Maher, each performing a host of characters and live foley, accompanied by the musical stylings of David Irwin.

The Boneyard Man is brought to Limerick audiences in conjunction with Lime Tree Theatre.

Doors open at 8pm and tickets are €12 for the show and a drink.