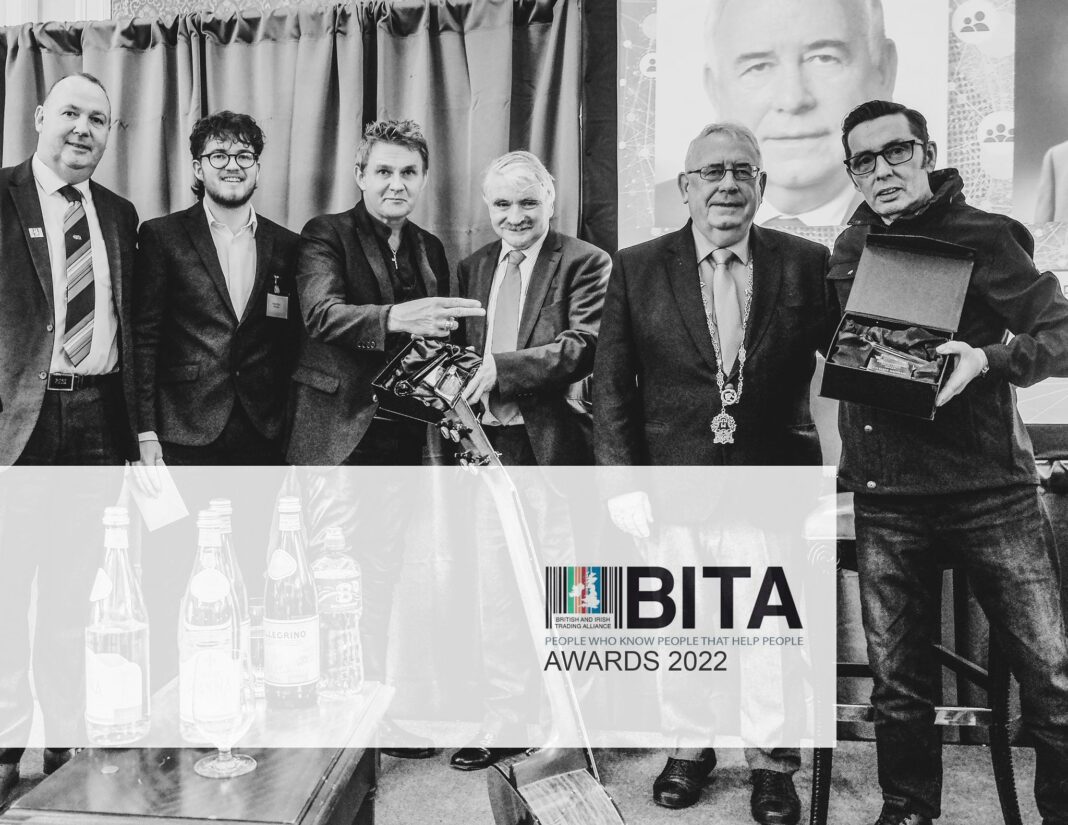 Don is a renowned producer and songwriter

Don Mescall has won a BITA (British and Irish Trade Alliance) award for a Lifetime of Artistic Excellence.

Don was accompanied to the awards by Christy Dignam, as he produced and wrote many tracks on Dignam’s brilliant new album ‘The Man Who Stayed Alive’.

Don has previously worked with Dignam when he was a part of the band Aslan. He wrote the number one song ‘Too Late for Hallelujah’ and a top-five hit “Catch Your Fall”.

Don received his well-deserved award from T.D, Willie O’Dea, and gave an excellent performance at the event also.

Don Mescall was born in Ahane and was the second youngest of eleven siblings. He moved to London in the nineties. His first cut as a songwriter was Road to Glory, recorded by Eleanor Shanley, and gradually other songs of Don’s found their way to artists including Frances Black, who went on to record nine of his compositions.

He has also had some very successful performances. In 2018, he performed live at C2C Dublin at the 3 Arena. He released his new album ‘Lighthouse Keeper’ later that year with a sold-out show in University Concert Hall, Limerick.  Lighthouse Keeper went to No. 1 in the Irish Independent album charts that month. In 2019, following a Nationwide RTE TV special with Mary Kennedy, Don went on to headline the St. Patrick’s Day show in Trafalgar Square in London in front of an audience of 85,000, which was also broadcast to an estimated 2 million viewers.

Don’s BITA award was well deserved, and we are excited to see what he does next in his career!