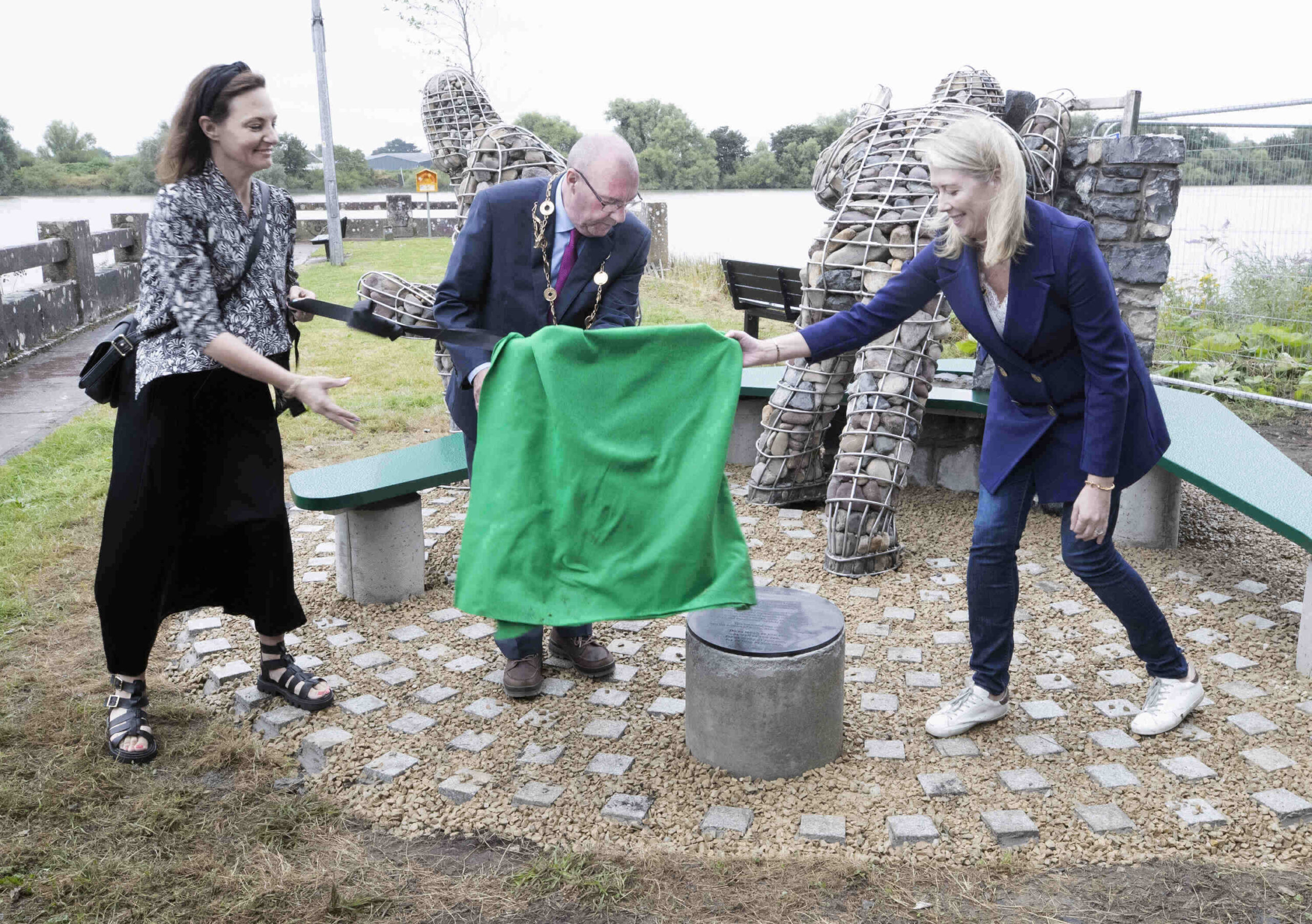 A public bench and sculpture in memory of two of Ireland’s leading humanitarians was unveiled in Limerick City this week. Installed on the banks of the River Shannon at Barrington’s Pier, the commemorative bench celebrates the lives of Limerick-born brothers, Aengus and Jack Finucane.

At the unveiling, Mayor Francis Foley said, “The Finucane Brothers were granted the Freedom of Limerick in recognition of their tireless work in Africa and Asia. Their work in developing countries is unsurpassed and their legacies will live on as these countries and their peoples continue to develop, become wealthier and carve out their place on the world stage.”

“It is a wonderful addition to our city and to the quiet area at Barrington’s Pier.”

The bench will not only provide a resting place for the people of Limerick, overlooking the Shannon, but will also mark the contribution that two proud Limerick brothers made to the city’s rich legacy.

Mayor of Limerick City and County Francis Foley will be uncovering a memorial bench dedicated to the late Finucane brothers at 11am on Thursday, August 18. Limerick natives Fr Jack and Fr Aengus Finucane did outstanding work within their community and had an undying passion for helping others and ending poverty. Their devotion ended up in them co-founding the renowned NGO Concern. The presentation of the bench will also commemorate the 50th anniversary of Concern.

The Finucane Brothers Memorial Bench has been in the works for three years and will be unveiled at Barrington’s Pier on the Condell Road. The bench was designed by Rathcoole-based designer Knut Klimmek and sculpted by Tom Roche. The bench, costing €56,000, was funded solely by contributions from Limerick businesses, the City Council and supporters of the Finucane brothers.

Eilis Staunton, Concern Worldwide Communications Officer said, “The installation is designed as a place of quiet reflection but also of inspiration. It is a fitting tribute to Concern’s founders, Frs. Jack and Aengus Finucane – two giants of men who held an unwavering commitment to end poverty and suffering.”

The Finucane brothers are widely respected nationwide and most notably in the Limerick area. They were awarded the Freedom of Limerick in 2005 for the phenomenal work they have done.

A Twitter user described the brothers as “wonderful people who did great work”. Another commented on the building of the memorial bench, saying, “Limerick is great on so many levels and it’s the people at the core, the more we celebrate them, the better.”

After the initial event and speeches from the Mayor, there will be a reception at Villiers School on North Circular Road, where parking will be available.

Upon hearing of the memorial bench, President Michael D. Higgins said, “The Finucane brothers were unstoppable forces, seeing no such thing as an unsolvable problem. There was a sense of immediacy about them, a kind of raw humanity.”