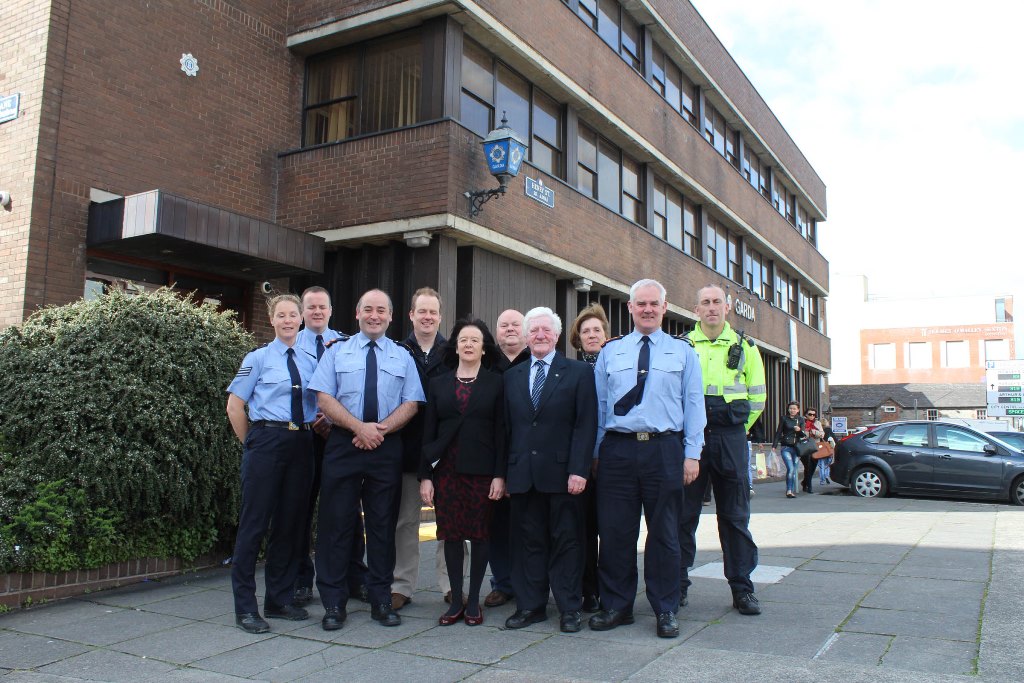 Members of St Joseph’s parish and the gardai have teamed up for the city’s first text alert scheme. Picture: Mike Cowhey.

The first text alert scheme in the city area has gone live and it is hoped that others will follow.

Volunteers from the St Joseph’s parish have teamed up with the gardai to launch the initiative, which will cover a wide area ranging from the Ballinacurra Road area right into the city centre.

People in the area are being asked to sign up at a one-off cost of €10 to pay for the service, with each text sent costing around 70c.

If a resident sees anti-social behaviour going on in an area, they can telephone the gardai.

The gardai would then send a text out to Grapevine, the private company administering the scheme, which would in turn notify residents, allowing them to be on their guard.

Gerardine Madden, who lives on the South Circular Road, is one of the people who put the scheme together.

She hopes it will “knit” the parish together.

“There has been a lot of anti-social behaviour – no more than is normal in any area though – and a lot of people were unhappy that there was no control over it,” she said, speaking about the genesis of the idea.

It was this which prompted a meeting with Limerick’s most senior garda, chief superintendent David Sheahan who gave the group the go-ahead to put the scheme on the road.

A text alert scheme is normally a rural phenomenon which comes out of the closure of a garda station in an area.

But this marks the first time it has been used in the city area, and other community groups are monitoring its progress.

“It is normally rural. But we are [in St Joseph’s] like a country community in effect. As we are out doing this, we are hoping to knit the community together, get to know one another a bit better and bring a little life back into the area.”

Chief Supt Sheahan said: “Having been up to St Joseph’s Parish, and meeting the residents, I was absolutely overwhelmed with the level of support that was available within the community. It is only right that in An Garda Siochana we give them support back to help them use the text alert.”

In Limerick, the text alert scheme originated in Pallasgreen, and has spread to many villages including Adare.

The group in St Joseph’s have approached the group in Adare for help and support as a result of this.

Chief Supt Sheahan added: “People find it very reassuring, and also it cracks a lot of the fear of crime. It is certainly not the be-all and end-all, but it is one tool we use, it engages ourselves with the community and creates a two-way flow of information. It will not only help ourselves, but it will give confidence to the communities.”

To sign up for the St Joseph’s Community Text Alert scheme, pick up a form at Henry Street garda station. Or phone 061-212400.