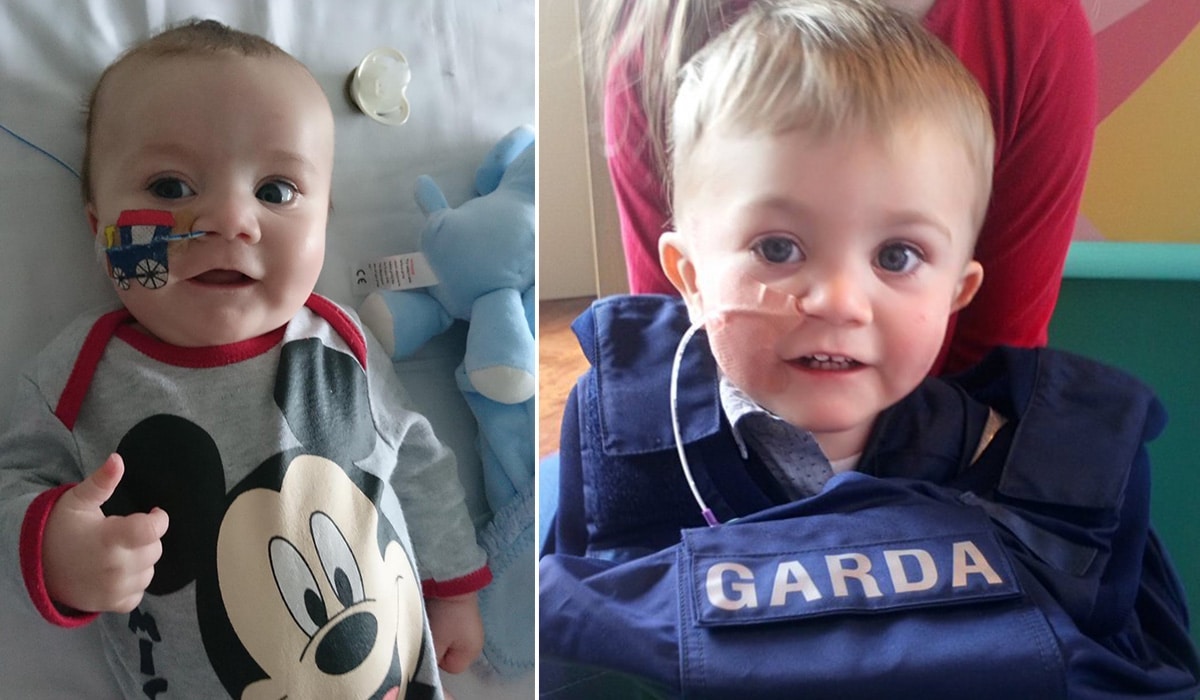 Garda David Stapleton is running a marathon on on Sunday, June 13th  for Noah Quish pictured above

The Limerick-based Garda Siochana member has decided to embark on the tremendous challenge after being inspired by young Noah’s bravery.

David, who is currently halfway through his training, has decided that all proceeds raised for his cause will go towards Little Blue Heroes charity. Little Blue Heroes Foundation is a non-profit organisation consisting of volunteers, made up of Garda Staff, retired Garda members and their friends and family.

Four-year-old Noah Quish is from Monaleen Limerick. Noah has previously, unfortunately, had surgery for a hole in his heart while also having scoliosis and a severe case of an atrial septal defect.

In 2019, Noah was made an honorary member of Garda Siochana by Little Blue Heroes.  Noah’s dreams came true as he was brought to Henry Street Garda Station and was met by the previous superintendent Derek Smart and also got to pet Garda dogs. Noah and his sister Leah were later awarded medals of bravery.

Congratulations to Honorary Garda Noah Quish who had his graduation as part of our October 2019 intake of Honorary Gardaí at Garda Headquarters on Wednesday the 16th October 2019. #LittleBlueHeroes pic.twitter.com/hfiy9XWa6d

Little Blue Heroes mission is to help families from local communities in Ireland who have children with long term or serious illnesses. According to the Foundation, “The name ‘Little Blue Heroes’ came about when we found that the vast amount of the children we support have a strong fascination with police uniform, equipment, vehicles, Garda units, etc. This has even led some of the children to make a wish to become an Honorary Garda and become part of the Garda family. As heroes to us with the battles they face, these children have become our Little Blue Heroes.”

Last year saw over sixty of Noah’s Garda colleagues and friends take part in the Great Limerick Run on May 3, 2020, to raise funds for Noah’s medical expenses.

Following in their footsteps, David commented, “On Monday 24th of May 2021 I will turn 42. To mark this occasion, I’m excited to announce that I intend to run a marathon (42km). I’ve chosen to fundraise for the Little Blue Heroes Foundation. All funds raised here will go directly to this great cause. I hope you can help me by donating whatever you can.”