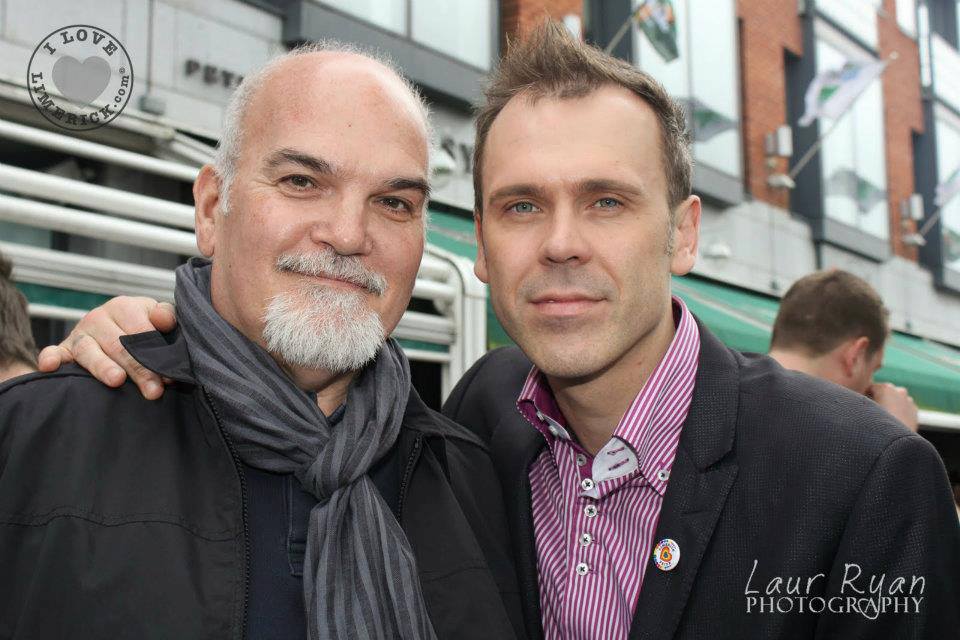 April 14 2015 – Last Thursday one of my closest friends, acclaimed Limerick fashion designer, John McNamara, passed away after a short illness, aged 57. John built up a deserved reputation as one of the finest tailors and designers in Ireland. He was a most talented and creative man who was commissioned to design for Ireland’s first female President, Mary Robinson. He loved his visits to Aras An Uachtarain.

He trained in Dublin’s Grafton Academy and then London’s Kingston College. He worked with top international designer Ib Jorgensen before returning to set up business in his native Limerick.

John was a son of the late Nora McNamara, a pioneer in Irish women’s education who set up one of the country’s most foremost secretarial colleges, High School International, in Limerick in 1951.

A brother of former 2FM broadcaster Michael McNamara, he was also an uncle of BBC Sports commentator Conor McNamara.

John was a son of the late Michael and his beloved mother Nora and dearest brother of Michael and Gerry. He is sadly missed by his sisters-in-law Ann and Liz, nephews Conor, Brían and Paul, grand-niece, grand-nephews, relatives and his many very loyal and close friends. He was extremely popular and has a host of friends that have been left devastated following the death of our “gentle giant.”

He was an incredible listener and we would all go to him for advice. One of John’s closest friends for over 30 years is Celia Holman Lee who describes him as, “an incredible designer, an amazing human being, kind, considerate and a true gentleman.” Everywhere John went he touched people with his kindness. Just being around John made everyone feel better. What people may not be aware of was his huge involvement with ILoveLimerick.com for the last 4 years. John handled all of our social media such as Facebook, Twitter and the Facebook group, responded to email inquires and also helped me edit my newspaper column every week. He was such an integral part of our team. John also worked closely with Celia Holman Lee on numerous high profile projects such as the Limerick International Fashion Student Awards and most recently produced the exhibition of her life in fashion at the Hunt Museum which runs until May 3 and features several pieces of clothing he designed for Celia over the years including my favourite, the gown he created for her 60th birthday celebrations.

I have never lost someone who I am so close to and I am heartbroken. He was a huge part of my life and we were inseparable. He came everywhere with me and protected me and took care of me. He taught me about the importance of honesty, the value of boundaries and many life lessons. He had a wicked sense of humour and him and I were regular sparring partners on many conversation topics, having heated debates on everything from religion to food. My beautiful friend, I will miss you so much. Thank you for everything you taught me. I am a better, stronger, kinder and more honest person having known you.

Thanks to all the photographers who provided these wonderful photographs of some very special times.