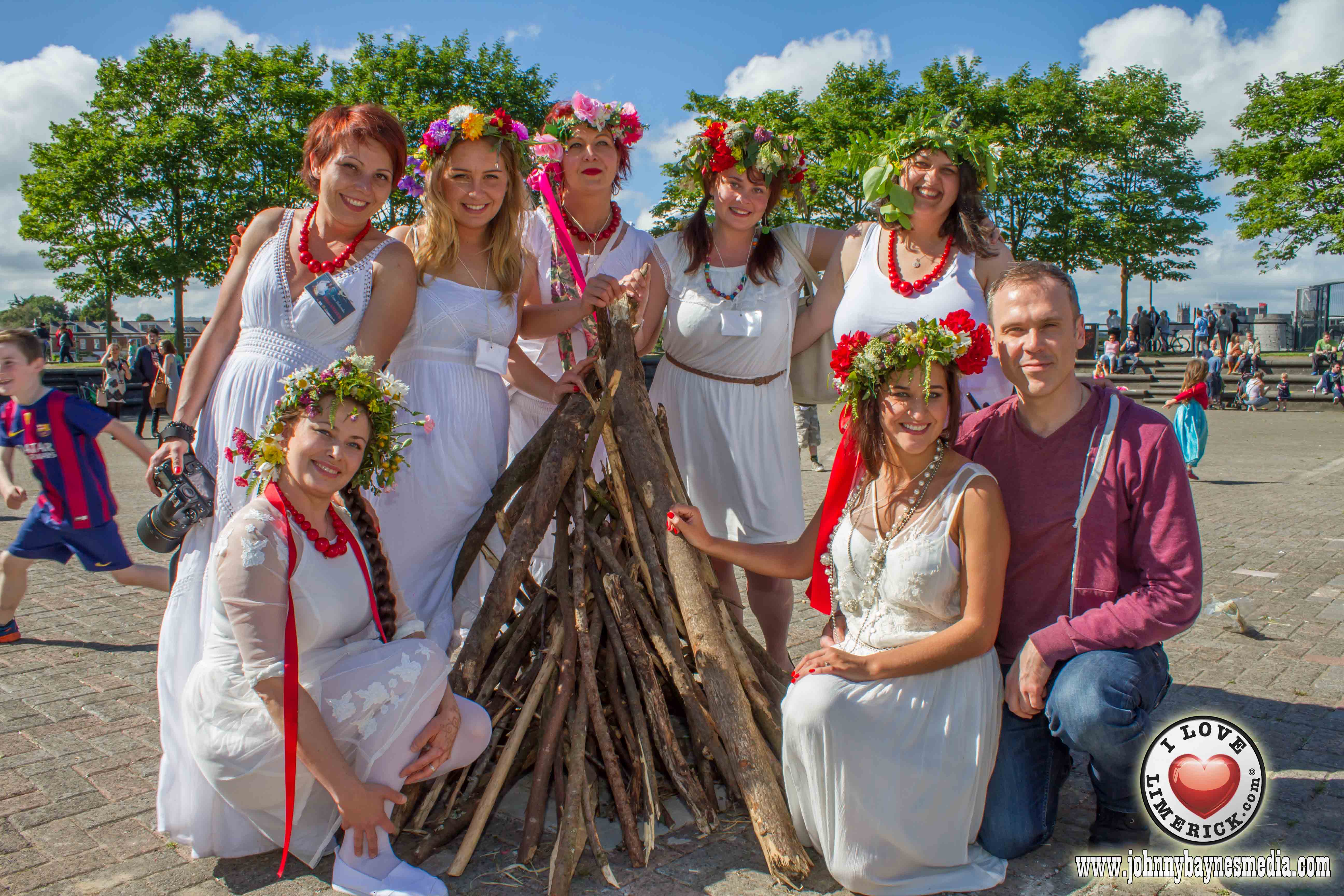 On Saturday June 20 from 3pm until midnight in Arthurs Quay Park, Limerick experienced how Slavic nations celebrate Midsummer Night called in Eastern Europe Kupala Night. The tradition of Kupala predates Christianity and centers around the elements of fire and water. The celebration relates to the Summer Solstice when nights are the shortest and includes a number of Slavic rituals. It is the ancestral old tradition celebrating the coming of summer and spring farewell. There is an ancient Kupala belief that the eve of Ivan Kupala is the only time of the year when ferns bloom. Prosperity, luck, discernment and power would befall on whoever finds a fern flower. Therefore, on that night, village folk would roam through the forests in search of magical herbs and especially the elusive fern flower. The young women may wear crowns fashioned from wild flowers, which are later thrown into a nearby pond, lake or river.

The idea of Kupala Night in Limerick was born at the initiative of several friends, members of The Creative Thinking Club. This event was formed to integrate the different communities and spend time in a pleasant atmosphere, which is why there is no fee for admission.

The Kupala began at 3pm in Arthurs Quay Park and had handcrafts, polish cuisine and open workshops like wreath making, clay modelling, fairy tales readings and much more. At 6pm two amazing groups from Latvia and Russia presented their hypnotizing folk dance, followed by a magic performance of the elements – Earth, Air, Fire and Water. Everyone enjoyed this special day.

To find out more about Limerick go HERE