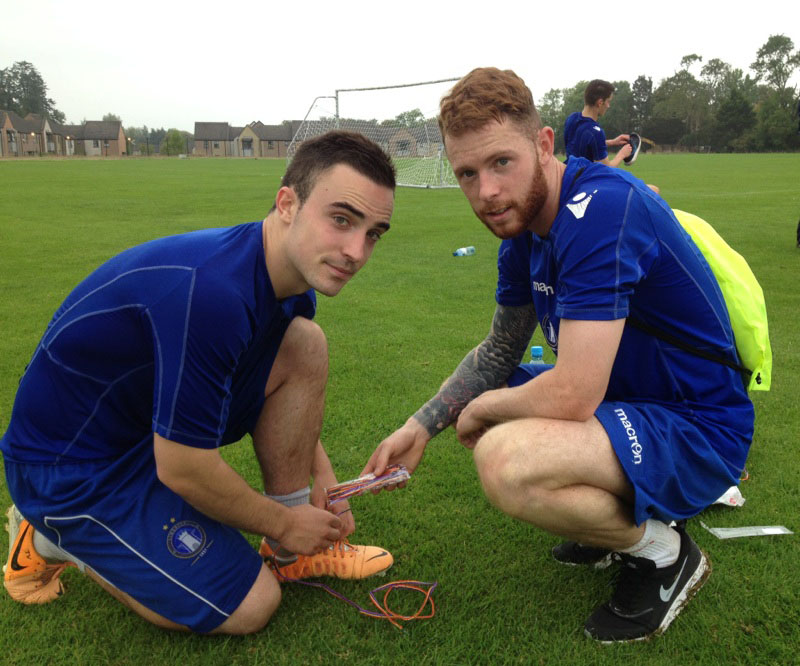 Aiming to help kick homophobia out of football, Limerick Football Club are this weekend to become the first Irish club to support such a fantastic social awareness campaign.

With Limerick Pride just gone and with the #RainbowLaces campaign getting huge support in the English Premier League and many teams wearing the laces including Arsenal who created a fantastic TV ad, Limerick FC wanted to get involved and show their support.

“It is important as a football club not just to know that we are aware that there is homophobia in football but we are completely in support of all those endeavouring to tackle homophobia and change the game. We are all equal when we are on the pitch and we were very proud to wear these laces for the match versus Cork City,” Sarah Mitchell, Administrator for Limerick FC tells me.

“We contacted Paddypower who came up with this fabulous campaign who had no problem sending us over Rainbow Laces for the players. We wanted to be one of the first clubs in the Airtricity League of Ireland to make a stand and to fight homophobia in football.  We as a Football Club treat everyone equally and it is important to do the same on the pitch, Human rights is important to us and we as a Football Club fully support the LGBTQ community not only in Limerick but nationwide.  We have a great support base and by us showing a stand against homophobia we hope our fans and other clubs will do the same. As Civil Rights Campaigner Harvey Milk once said, ‘Rights are won only by those who make their voices heard.’”

Adding his support for the campaign, player Shane Tracey and team mate Lee Jay Lynch, Limerick FC added, “We are very proud to wear these laces and we hope in the future that more teams will join us in the campaign to fight homophobia in football.”

From Limerick With Love Photo Exhibition