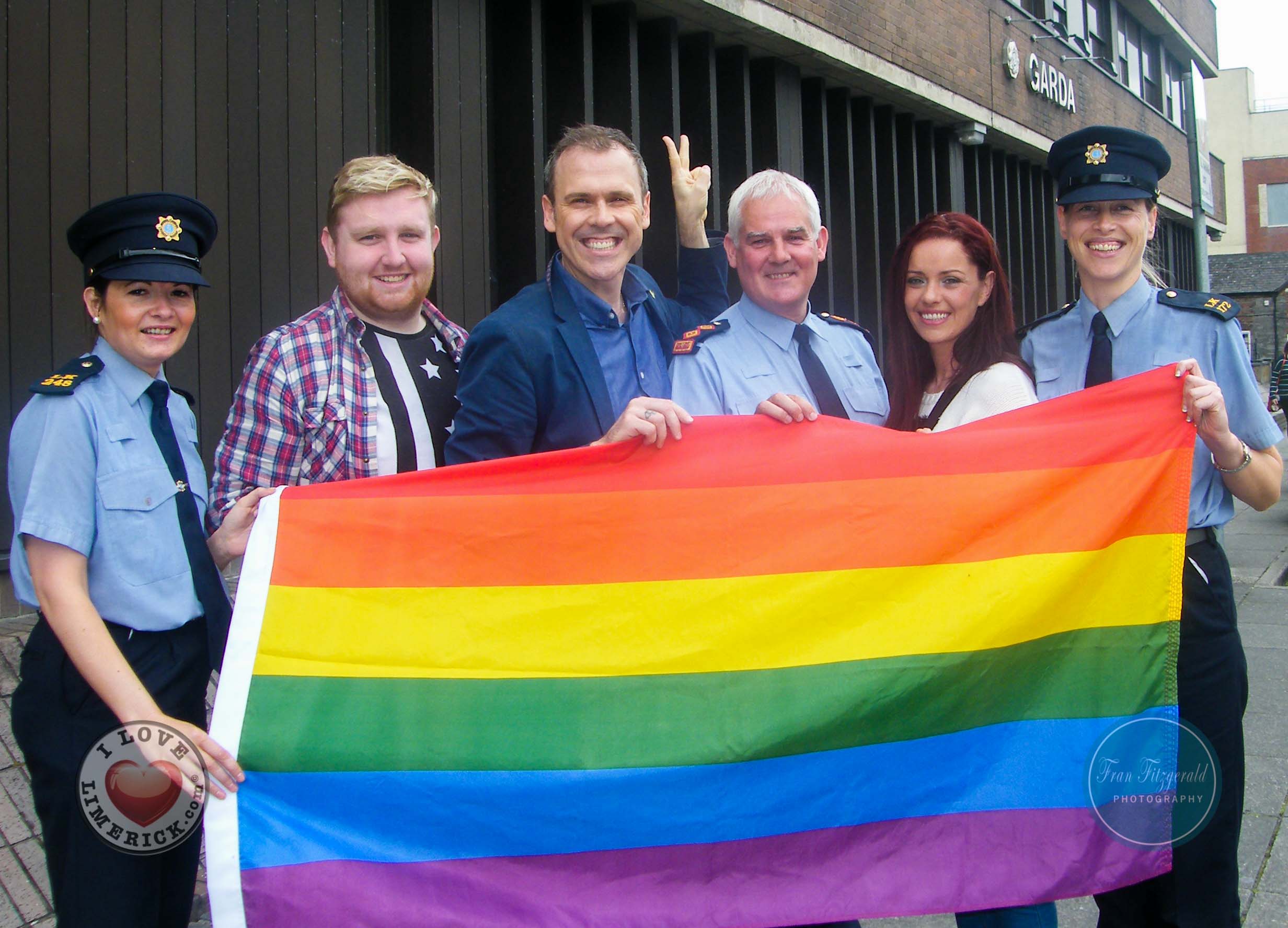 Limerick Garda station flies pride flag for equality once again outside its headquarters on Henry Street in a symbol of support and solidarity with Limerick’s gay community.

Chief Superintendent David Sheahan of the Henry Street Garda station said: “What we are trying to achieve is to create awareness and to show our support for the LGBT community with flying the flag. We’re trying to get the message out there that everyone deserves to be treated with respect. Luckily there is a lot more tolerance today than in the past. Every parade we’ve looked over so far has been jovial, a bit of fun and resonates with people in the community. We’re only happy to be able to support the LGBT community in Limerick.”

The Henry St station became the first in Ireland in 2014 to fly a pride flag in a show of support for those involved in the Limerick Pride Festival, the parade and everyone in the LGBT community. The pride will take place on Sat, July 18, passing the station proudly displaying the flag, promoting a sense of “Equality, Love, Diversity and Celebration.”

Those organising this year’s festival are thrilled to once again have the support of the Henry Street station, hoping that their accepting behaviour will pave the way for many more Garda stations to in turn show their support with future Pride festivals throughout the country. Richard Lynch of ILoveLimerick.com tells me, “ I felt it was important to fly the flag at the Garda station again this year in the hope of making it an annual show of support and solidarity between the Garda, the LGBT community and the people of Limerick. Its symbolic of a new equal Ireland, one where love is proud and flying free, like the flag itself.”

Richard is also thrilled that the Pride flags are once again proudly flying on the Shannon and Thomond Bridges in Limerick adding, “A huge thank you to the Shannon Region Conference and Sports Bureau for sponsoring the flags and to Limerick City & County Council and Failte Ireland for sponsoring to put them up.”

As well as offering their support, Gardaí have dedicated a number of community officers to those who are a part of the LGBT community. Gardaí are also promoting safety and are encouraging people to report any homophobic or potentially homophobic behaviour and incidents during the parade and afterwards.

Homophobic acts cannot be addressed if the Garda Síochána are not made aware and members of the public are asked to come forward with any such issues. Speaking about this responsibility of the public, David Sheahan said: “We are trying to give people confidence to come forward if members of the community are suffering from either abuse, violence or threatening behaviour. We want people in the community to know that we have a listening ear. We are prepared to listen and we are prepared to deal with every issue that may come our way.”

A member of the Henry Street Garda station has been appointed as the LGBT liaison and is available at [email protected].