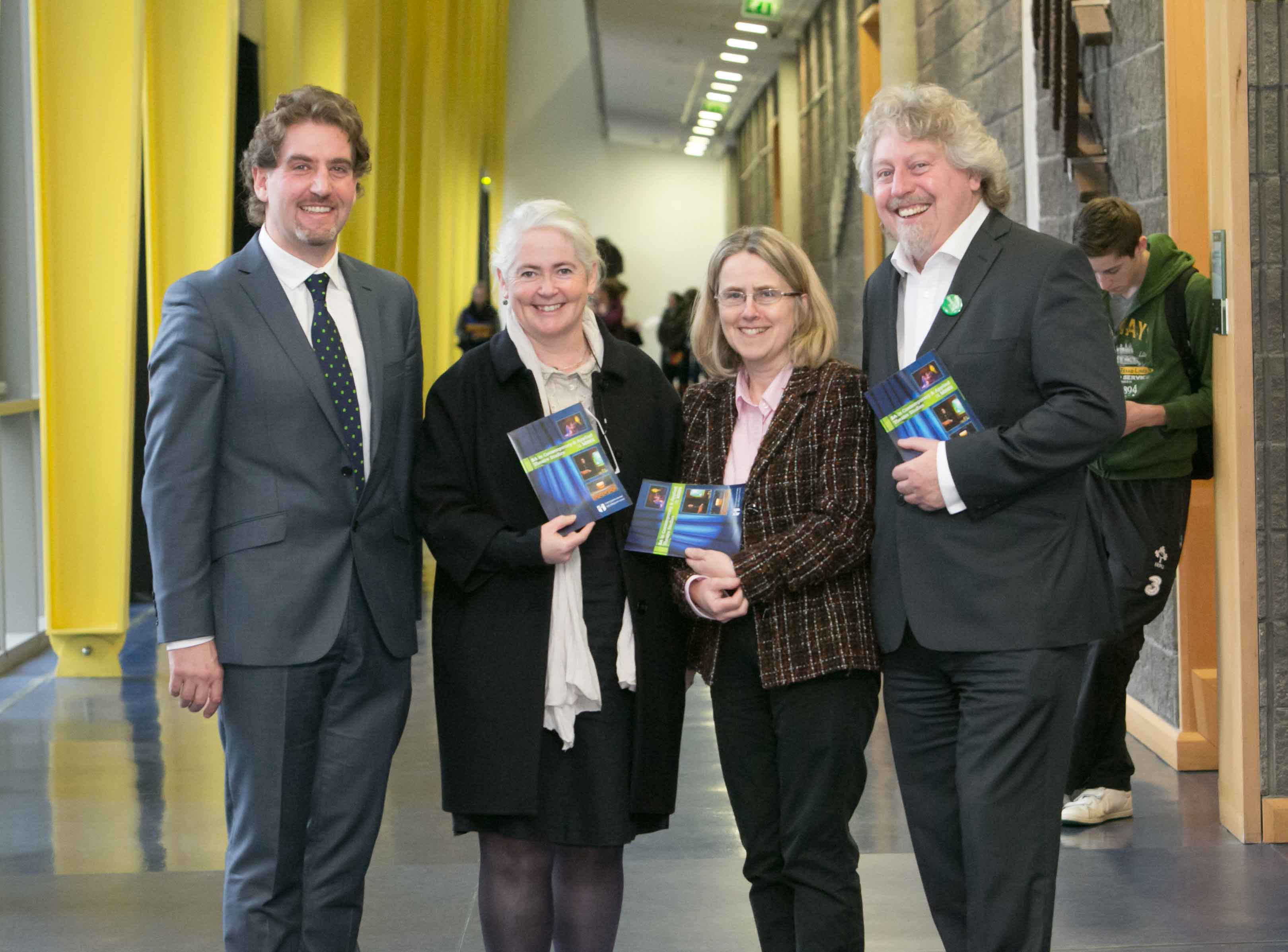 This week, MIC Announces Exciting new programme – a BA in Contemporary and Applied Theatre Studies, as part of their legacy to Limerick City of Culture 2014. The four year level 8 degree, which is currently accepting applications through the CAO website will commence in September 2015 and will focus on the area of applied drama and theatre education. According to Dr. Michael Finneran, who has developed the programme, there is currently no third-level provision in applied theatre in Ireland and in fact there is no existing provision in the midlands, south-west or mid-west for drama/theatre at undergraduate level.

“This programme will seek to articulate the contemporary, varied and ever-changing roles of theatre and its practitioners in society” explained Dr. Finneran. “At its heart will be the concept of ensemble, highlighting the idea that theatre has a core societal function and exists not only as entertainment”.

Mary Immaculate College holds a significant asset in delivering this programme in the Lime Tree theatre, a state-of-the art 510 seat professional venue located on the College campus, and which has hosted over 100,000 patrons since opening in October 2012. Through the College’s close relationship with the Lime Tree Theatre students on the programme will have the unique opportunity to be exposed to and to engage with the best local, national and international practice through touring and community-based projects and will have direct access to the extensive facilities of a professional theatre.   Therefore, according to Dr. Finneran “this programme will be distinctly different to other third level courses in drama and theatre, which tend to focus on the script and the stage, as this BA will combine personal artistic and intellectual development with practical experience, leading to graduates having a well-rounded understanding of contemporary and applied theatre”.

Graduates of this programme will be employable in general artistic or administrative positions within the field, and will also be well equipped for further specialist vocational training or academic study. In addition the programme will have all the benefits of an arts degree in that graduates of the course will not just have the skills necessary for a career in the arts but will be capable of thinking creatively and independently, possessing the transferrable skills necessary for working on their own initiative or as part of team; skills that are highly valued by employers.

Speaking on the recent announcement of this programme Prof. Michael A Hayes, President of Mary Immaculate College said; “Our Strategic Plan 2012-2016 has as one of its goals the aim to ‘significantly increase the breadth and diversity of our student community’ and I am confident that the introduction of this innovative and exciting programme will greatly assist in the successful delivery of this target”.

Continuing he said; “Mary Immaculate College has a rich tradition in the arts with several of our former students having forged successful careers in the theatre world both nationally and internationally such as Andrew Flynn, Artistic Director with Decadent Theatre Company; Sarah Lynch, General Manager with Druid; Gillian Fenton, Marketing Manager with the Lime Tree Theatre and Liam O’Brien, successful actor and musician to name but a few”.   Mary Immaculate College, in association with the Lime Tree Theatre, currently host two Artists-in-Residence; Branar, Téatar do Pháistí, a theatre company dedicated to producing high quality bilingual shows for young audiences, and Anne-Marie O’Farrell, multi-award winning composer. According to Prof. Hayes these Residencies, which are jointly funded by the Arts Council and the College, “allow students to engage with the arts in a meaningful way during the course of their studies, through workshops, performances etc., a further testament to Mary Immaculate College’s commitment to the arts and to our legacy to Limerick City of Culture”.

Dr. Michael Finneran is a senior lecturer in drama at MIC where he has been seconded from his position as Head of the Department of Arts Education & Physical Education to design this programme. No stranger to the theatre world he has many credits to his name in professional and community theatre, having most recently directed The Rise and Fall of Little Voice by Jim Cartwright in the Lime Tree Theatre in November 2014, and Conor McPherson’s The Seafarer in the Belltable Arts Centre in 2012. He is also a founder member of Bare Space Theatre Co. in Limerick and with them has directed Sweeney Todd: The Demon Barber of Fleet St.(Belltable Arts Centre, 2006), The Threepenny Opera (former Franciscan Church, 2009) and Lily (Belltable Arts Centre, 2011). Other directorial work includes The Raven King (Wexford Festival Opera, 2001), Jason & Hanna (Kidsop Edmonton, 2002) and numerous productions over fifteen years with MIDAS (MIC Drama Society) as both director and producer.

Dr. Finneran is a member of the editorial board and conference reviews editor of RiDE: The Journal of Applied Theatre & Performance, and also serves on the international advisory board of Applied Theatre Research. Michael’s research interests lie in drama education, applied theatre, critical theory, social justice and teacher education in drama. He was guest editor of a recent edition of RiDE (19:1) on the theme of ‘Borders & Translations’, and is currently co-editing a book on drama and social justice, to be published by Routledge in 2015. Michael gave an invited Sydney Ideas lecture at the University of Sydney in October 2013, and was keynote speaker at theCritical Journeys in Applied Theatre: International Symposium, at the University of Auckland also in October 2013. Michael is a member of the National Council for Curriculum & Assessment (NCCA) Board for Early Childhood & Primary Education in the Rep. of Ireland, and works regularly with the Arts Council of Ireland. He is a board member of the Lime Tree Theatre; Limerick’s newest professional venue, which he helped to establish in 2012.

Stand Up week launch in Limerick on behalf of BeLonG To