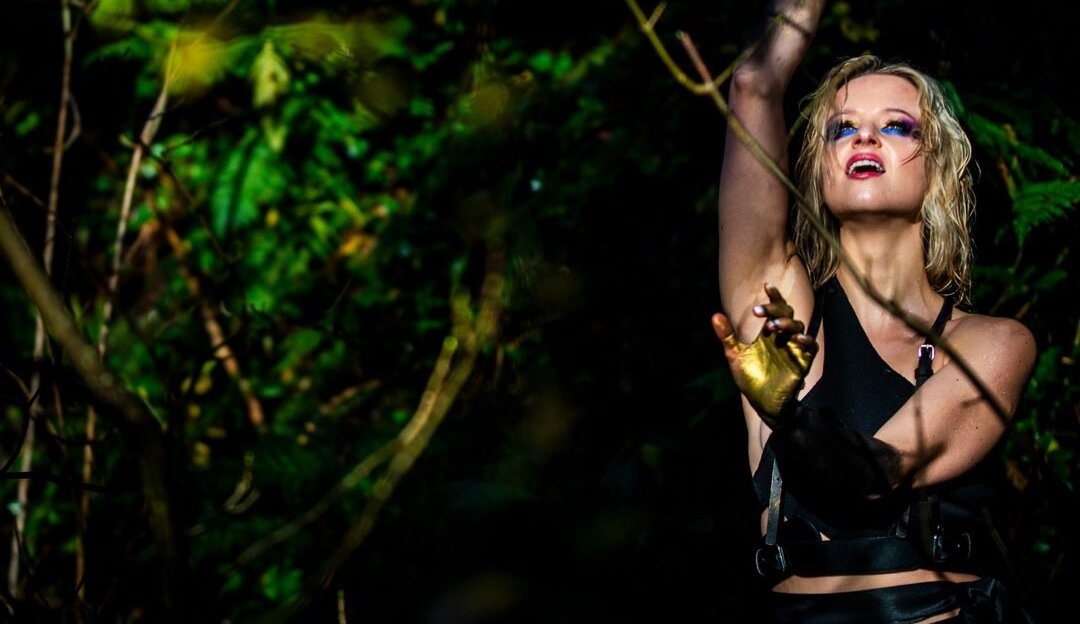 Oh You Wild Thing is the latest single by Polish singer Dora Gola and is available to stream on Spotify.

Dora Gola will be headlining a gig in Dolans on Saturday, November 19

Dora Gola’s music takes the listener on a journey of dark electro-pop, interwoven with elements of slavic folk, brooding synths, and lavish Eastern sounds, all driven by a hybrid 80s funk groove. Dora Gola’s powerful and sensual vocal draws the listener in, telling of the Earth’s consciousness and human longing.

The eclectic pop singer has now released her new brand new single titled Oh You Wild Thing. Dora described her new single as, “a freedom call to wildlife, a sensual canon sung with heady, pagan poetry.” Dark drums burst and bubble out from its esoteric soundscape. The rhythms in the song run like Kate Bush’s ‘Hounds of Love’ and Dora’s voice swirls and excites our imagination like Bjork’s ‘Army of Me’. Oh You Wild Thing is under 3 minutes in length but has all the emotional breath of a cinematic score.

Dora was born and raised in Poland and has always had a deep and spiritual connection with music.

Her father would share his vast and eclectic music collection with her when she was a child, and it wasn’t until she grew older that she began to explore music and develop her own taste.

By 12 years old, Dora was learning how to play the guitar and learning performative dance, which then became a huge part of her life, and began regularly competing in the field of Latin dance.

She also found herself being drawn to Irish trad folk songs and enjoyed finding the beauty within them, and when she turned 15, her family moved to Ireland, bringing her a step closer to the source of inspiration that had already driven her throughout her life so far.

Dora now lives in Lahinch where she creates music that looks to rekindle the connection between humanity and mother nature.

Dora is also going to be playing a headline show in Upstairs at Dolans on Saturday, November 19. Tickets are available HERE.