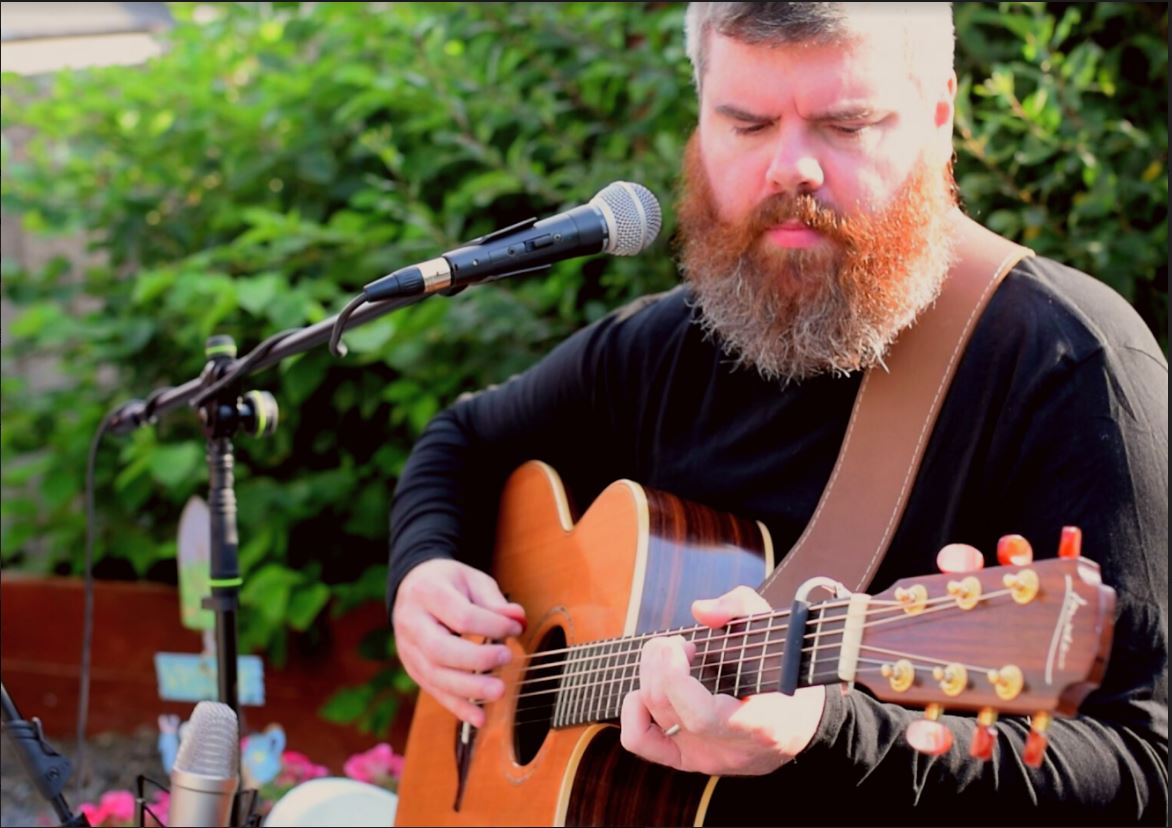 Pauls new release tells the story of the birth of his father, Paul Snr, and the tragedy that unfolded

Paul Dunworth, a modern folk artist from Newcastle West in Limerick, is excited to announce the release of his new video, ‘The Day the Circus Came to Town’ today, Friday October 15.

The video explores the story and circumstances surrounding the birth of his father in August 1947, and the tragedy that unfolded.

He describes it as a tale of tragedy, loss, and a love that is bittersweet.

The video, made by local artist Micheál Rowsome with sound by Brian Casey of Wavefield Studios in Clonakilty, was recorded live as part of the Rose Cottage Sessions in Newcastle West.

“The scenery featured in the video is all of Newcastle West where my father was raised in and lived in all his life, and this video is a dedication to him and his cousin Mary’s life. It was all shot in one session during a beautiful August day,” Paul said.

His father, Paul Snr, was born to Gertrude Dunworth, who sadly passed away from maternal death. After learning about this tragic event, Mary Hunt, Paul Snr’s cousin, was asked to collect him from the hospital quickly.

She boarded the train from Newcastle West to Limerick City, and once she reached the hospital, she was told, “There’s no point collecting that baby, he won’t survive,” by a nurse.

“As little as the baby was, Mary collected him and put him in a shoebox filled with cotton and olive oil. She brought him home to his father, my grandfather, Bill Dunworth, at Connelly Terrace. He was placed beside the fireplace to keep him warm, and the tale of Paul Dunworth Snr had begun,” Paul explained.

Paul Snr survived and went on to have a long and happy life, getting married and having 5 children.

His cousin Mary lived until 92 and passed away in August 2021.

Paul specialises in Blues, Folk, Irish Folk, Celtic instrumental and classical guitar, and creates a unique blend of cover and original music and has over 15 years’ experience of performing and teaching.

He has distinctive, smoky vocals which he combines with his equally emotional and technical style.

He was formally trained at the Guitar Institute of Technology in London and is currently based out of Limerick and Cork.

Related Topics:Paul Dunworth
Up Next

Your guide to a terrifically terrifying Halloween in Limerick!