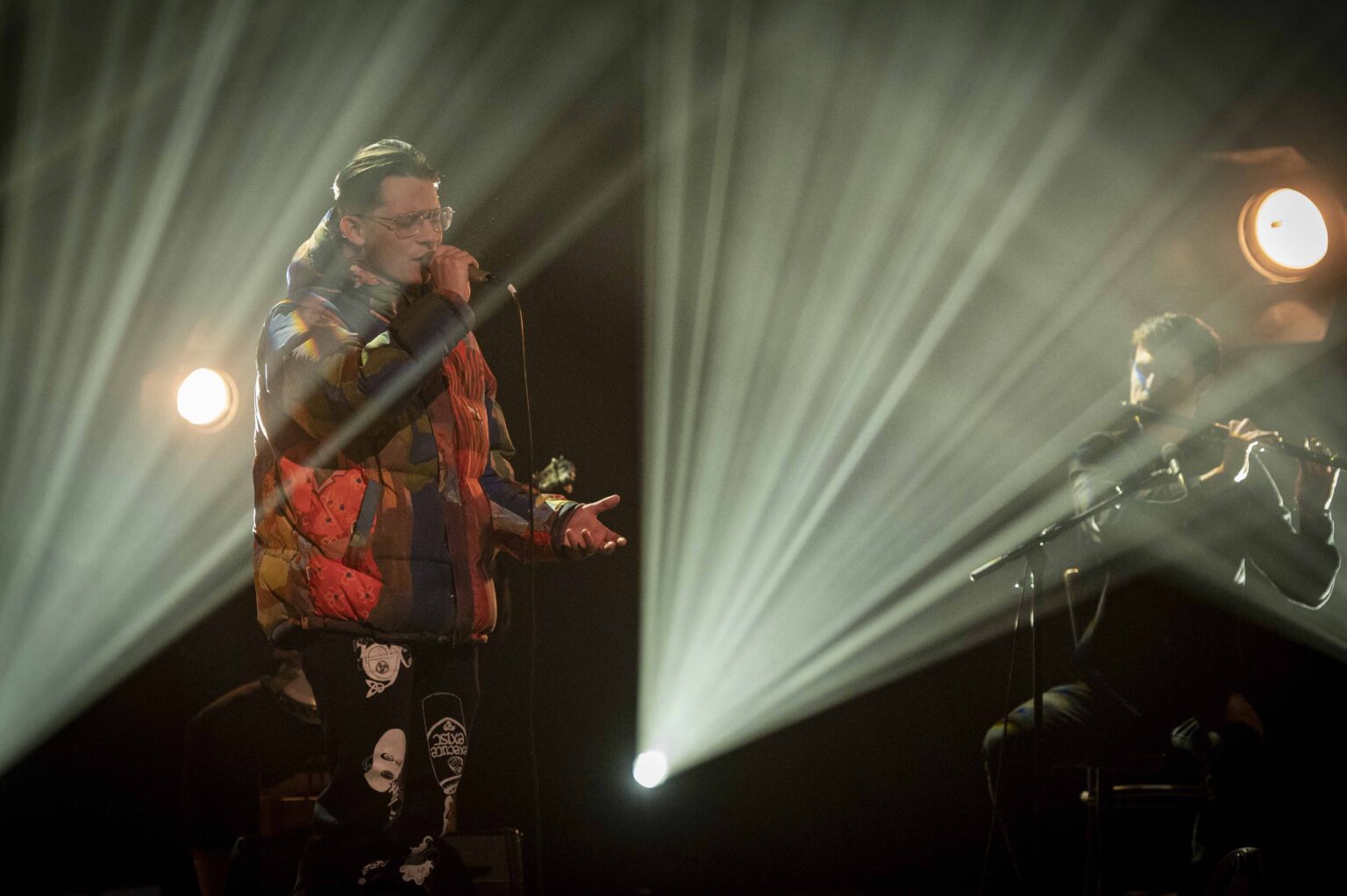 Rapper Strange Boy performed his song ‘Sorrow’ on The Tommy Tiernan Show, RTE 1 over the weekend.

Blown away by the response to his performance on the show, Strange Boy tweeted, “Thank you Tommy Tiernan for having me. It was a pleasure listening to each guest tell their story. I am only delighted to have had the chance to perform my song for you all. Big love to everyone supporting me, ye are legends.”

The song features on rapper Strange Boy’s debut album ‘Holy/Unholy’, released last year. The album saw the young Limerick man combine hip-hop and Irish traditional music – old and new cultural influences dominant in this country. The body of work was described by the Irish Times as “Irish hip-hop at its most culturally, intrinsically authentic”, with Totally Dublin commenting, “Strange Boy has taken his demons and transformed them into something intensely poetic”.

Strange Boy presents his full set of skills in 10 astonishing tracks which detail his personal story, a story that is unique but relatable for many other young Irish people. The album features guest appearances from fellow Limerick rapper Hazey Haze, Strange Boy’s brother Seán McNally Kelly and Grammy-winning singer Moya Brennan. The album’s musical offering was composed and produced by Enda Gallery in Kilfenora, Co. Clare during lockdown.

“When I was working on this album and when Enda (Gallery) was brewing up the beats for me, I got a sort of anxious feeling like I wasn’t going to be able to do the concept justice. It was also the worst possible time for me to write an album as there was a lot of suffering going on within my family,” admitted Strange Boy.

“Eventually though, through being at mental rock bottom, the album revealed itself and the entire thing was written within a month or two. I wouldn’t say I’m proud of it, I’d say I’m proud despite it.”

“There’s nothing honourable or romantic about being in a bad place, so I’m just glad that this album is finished. Regardless of whoever likes it or doesn’t, it’s 100% my experience and there’s not much else to it, ” Strange Boy added.