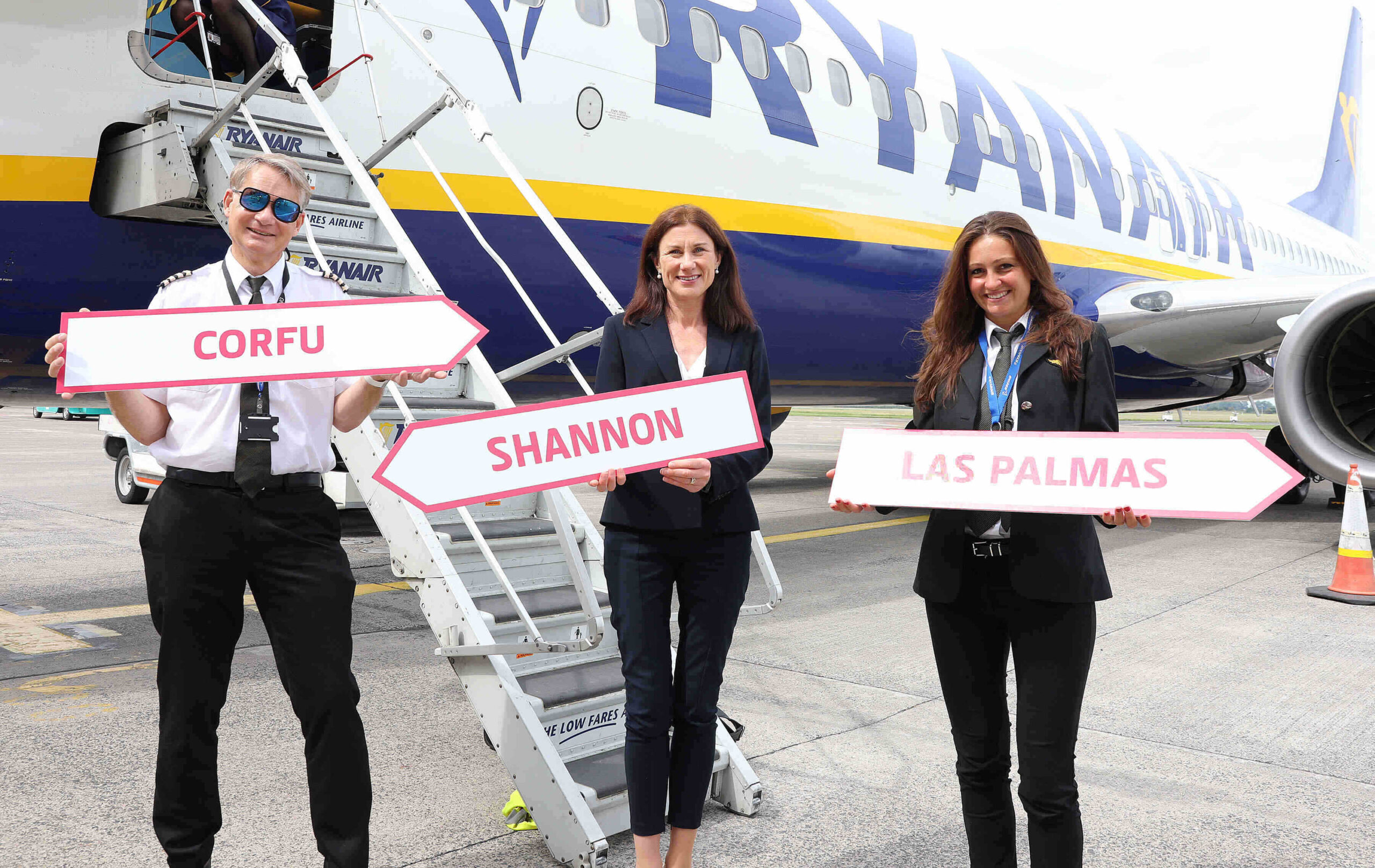 Pictured above Cillian Kennedy and Evan Barrett, Raheen Co Limerick, on their way to the first Corfu bound flight. Picture by Arthur Ellis.

Shannon Group has welcomed an announcement made by Ryanair CEO Eddie Wilson of six new routes for Shannon Airport for the Winter 2021 schedule.

This announcement comes in addition to the two new routes from Shannon to Corfu and Grand Canaria starting this week. The new route to Corfu will operate twice weekly on Tuesdays and Fridays until the end of October and began Tuesday, August 3. The weekly service to Gran Canaria will begin on Saturday, August 7.

Passengers on the first Corfu bound flight enjoyed a pre-departure reception in the airport’s transit lounge which was decorated in festive style.

To celebrate the new Corfu and Gran Canaria routes, the airport gave one lucky passenger a special surprise, return flight tickets for two people to a choice of one of Shannon Airport’s exciting destinations.

During an official visit to our viewing gallery today, @Ryanair announced 6 new services for our Winter 2021 schedule!??

Ryanair also announced that they will base another of their aircrafts at the airport from Winter 2021.

Cathal Crowe, Fianna Fáil spokesperson on Tourism and Aviation, said, “This is a significant boost for the region’s airport and one that is badly needed. Shannon has suffered hugely over the past two years and the loss of the Aer Lingus base in May, in particular, was a massive blow.

Ryanair’s decision to restore its second based aircraft at Shannon Airport demonstrates the commitment of this airline to Shannon and is a significant milestone in the road to recovery.”

Mary Considine, CEO of Shannon Group, said, “The confirmation of 18 routes from Shannon for Winter including exciting new destinations such as Budapest and Turin, is very positive news for the airport and for this region after what has been a very difficult period for the aviation industry.”

To celebrate the announcement, Ryanair has launched a seat sale with fares available from just €19.99 for travel until the end of March 2022, which must be booked by midnight Sunday, 8th August only on the Ryanair website.

Explore Limerick and Its Surroundings by Campervan