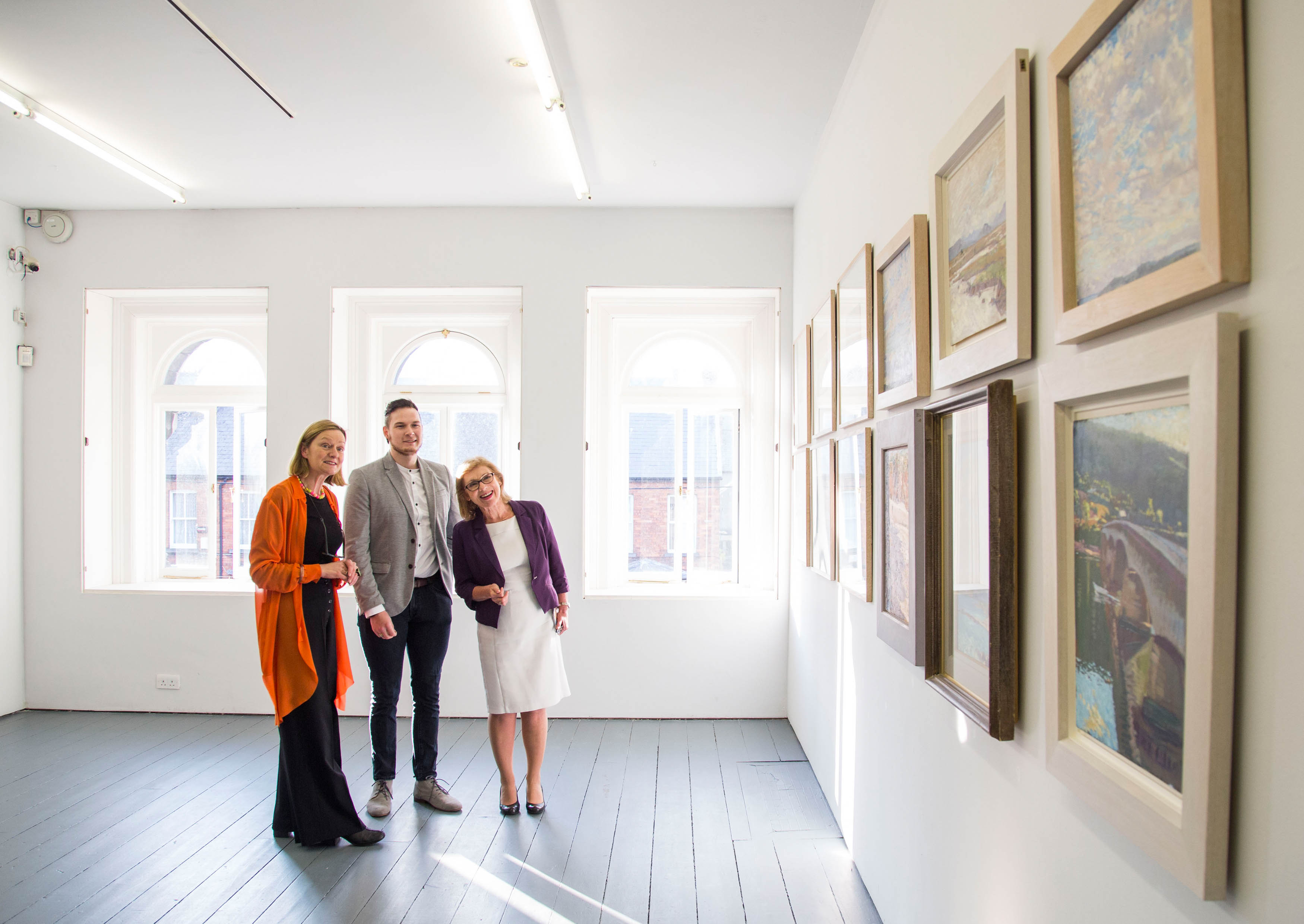 A Limerick City based visual artist and curator has been awarded Limerick City Gallery of Arts (LCGA) Shinnors Curatorial Scholarship for 2015.

Simon Fennessy Corcoran specialises in sculpture and combined media in Limerick School of Art and Design. He is presently a Gallery Assistant in Ormston House Gallery and Education & Public Programmes intern in The Hunt Museum, Limerick City.

The Shinnors Curatorial Scholarship, which is funded by LCGA and supported by Limerick artist John Shinnors, was launched in 2014 to provide  opportunities to local artists to investigate specific areas of interest through combined theoretical and empirical research and the initiation of an event or exhibition within the gallery context. It allows the candidate to undertake a MA or PhD by Research at Limerick School of Art and Design while based predominantly at LCGA.

The Scholarship was announced on Thursday evening by Minister for Education and Skills, Jan O’Sullivan, T.D. at the launch of LCAG’s Permanent Collection of 18th, 19th and 20th century Irish artworks. The exhibition celebrates 30 years of LCAG as a dedicated art gallery at the Carnegie Building in Pery Square.

The LCGA Permanent Collection is one of the largest and most significant in the country tracing the development of modern Irish art in painting, sculpture, drawing, photography and new media.  The exhibition runs concurrently until October 30th with an exhibition by artist researcher and educator, Mark Curran.

“The announcement of the fifth Shinnors Curatorial Scholarship coincides with some very exciting developments at the Gallery,” commented Una McCarthy, LCGA Director.

She said: “With the ongoing support of Limerick City & County Council and The Arts Council of Ireland, the reputation of LCGA has grown nationally and internationally. This is evidenced by our Permanent Collection, which features 3,000 historic and contemporary works from hundreds of artists including Jack B. Yeats, William Leech, Sir John Lavery, Paul & Grace Henry, Sir William Orpen, Séan Keating, Robert Carver and Charles Lamb. Artworks by John Shinnors, who has supported our Scholarship programme are also featured.”

Commenting on the Shinnors Curatorial Scholarship, Ms. McCarthy stated: “The aim of the programme is to provide a unique learning opportunity for practice-based research. The result is an immersion into the dynamic programme of a public gallery, with opportunities to meet and engage with artists, groups and institutions in relation to the gallery programmes.”

“I wish to congratulate our fifth Scholarship awardee, Simon Fennessy Corcoran,” she added. “Simon’s core interests lay in challenging ideas of art, morality, and display, with key elements of the role of a curator and issue based Art embedded. More recently he has developed a fascination with collections and the issues surrounding their existence within contemporary art and society now. I am confident that he will benefit greatly from his participation in the programme, both from a personal and from a future career perspective.”

The LCGA Collection began in 1936 when a committee was formed to collect artworks for the gallery. In 1948, a municipal gallery building was constructed to house the collection, as an addition to the Carnegie Free Library and Museum situated in the grounds of the People’s Park, Pery Square. In 1985, the Carnegie building became a dedicated art gallery and has since expanded into a purpose-built extension. Visit www.lcga.ie for more.