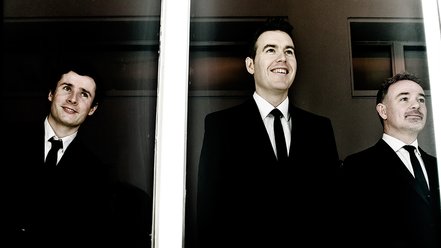 “most delicious box of chocolates your ears could ever have”

2015 will see the talented trio headline prestigious venues such as the prestigious National Concert Hall in Dublin. Declan, Ray, and Dominic promise you a night to remember! Their thrilling, fast-moving concerts boast set lists that are packed with the world’s most magical and uplifting numbers.

They will be joined on stage by gifted violinist Maria Mason. Maria, who is a star in her own right and has performed with many musical icons such as Andrea Bochelli and Rod Stewart.

With their superb voices and friendly down-to-earth approach, combined with an eclectic mix of songs, this talented trio never disappoints. Hear the hits ‘I Believe’ ‘SHE’ and from Sinatra (My Way/New York, New York), Leonard Cohen (Hallelujah), Pavarotti (Nessun Dorma) and classics from The Dubliners. Not to forget a rousing selection of the greatest Irish Ballads. To have a taster of what The Three Tenors Ireland are like, you can check them out on their site here.

Why not spend a night in the company of The Three Tenors Ireland- a fabulous evening of entertainment is guaranteed!