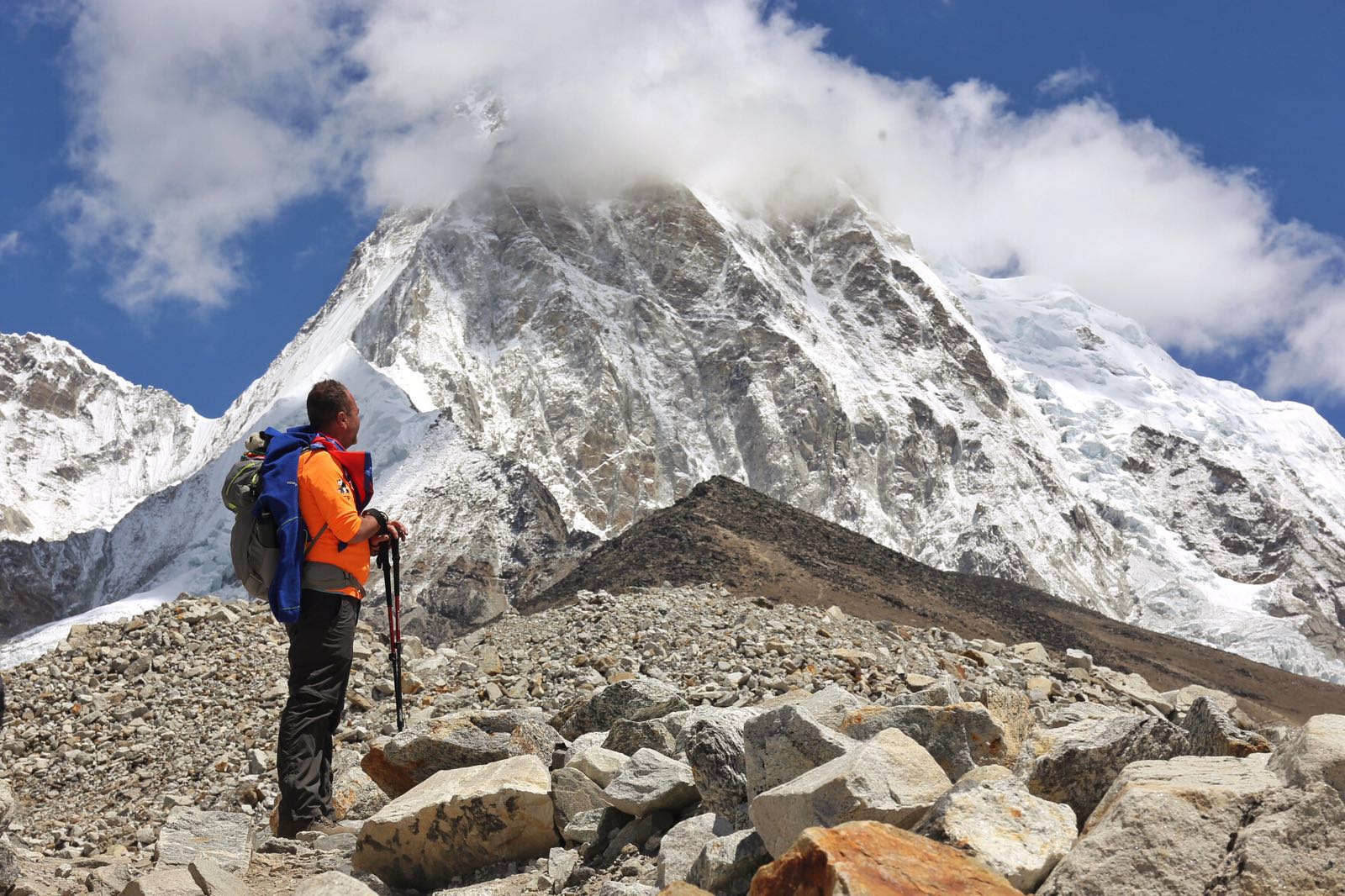 46-year-old Tony Powers climb resulted in him achieving one of the greatest challenges known to man and raising vital funds for Our Lady’s Children’s Hospital, Crumlin.

Tony Powers climb for Our Lady’s Children’s Hospital began on May 4, where he spent fifteen days on the world’s largest mountain. Tony reached Kala Patthar, a point higher than base camp. Everest Base Camp is a demanding trek both physically and mentally. Tony trekked an average of 5 hours walking per day. Tony carried wish cards belonging to the children in Crumlin to Kala Patthar.
Tony described the experience as “something you’d have to experience yourself to fully understand” “it’s so hard to interpret, words just aren’t enough”. Tony Powers climb to the great Mount Everest was a life achievement for the 46-year-old, saying it was a “profound spiritual, emotional and mental journey. It was so rewarding to leave a legacy for those children in Crumlin”.

Specsavers stores across Ireland are working hard to raise vital funds which will go towards a new ophthalmology unit at Our Lady’s Children’s Hospital, Crumlin. Tony has been married to his wife Anne for 22 years. Anne is the Retail Director of Specsavers Cruises Street and Crescent Shopping Centre branches in Limerick. Tony himself works in the corporate accounts and meets and greets the customers in both stores.

Three years ago Tony was involved in a Specsavers charity cycle to Lourdes in aid of local charities. The cycle was 850 kilometers in 5 Days. Tony started participating in regular 10km events, which led him to his first half marathon, before his quest to Lourdes began. Tony’s training for Everest started in 2015. He trained five mornings and two nights a week. Tony travelled with the renowned Irish Earth’s Edge Group for the project. Tony carried a 15kg backpack on his trek and this was also incorporated into his training.
Our Lady’s Children’s Hospital, Crumlin, has served all of Ireland since 1956 and provides a high standard of care to 130,000 children and teenagers every year. The Department of Ophthalmology is one of the busiest in the hospital and typically diagnoses and treats more than 10,000 patients annually. It deals with common eye problems and more complex conditions. Specsavers’ fundraising will enable a full upgrade of the facilities.
Donations can still be made as the campaign continues until November this year. Last year Specsavers raised €120,000 and this year hope to match that amount or, exceed it if possible.
Text Crumlin to 50300 to donate €4
Find out more about the various Specsavers fundraisers for Crumlin here
Read more of Limerick’s latest news here

Nathan Carter to hit the stage at Mungret Music Festival