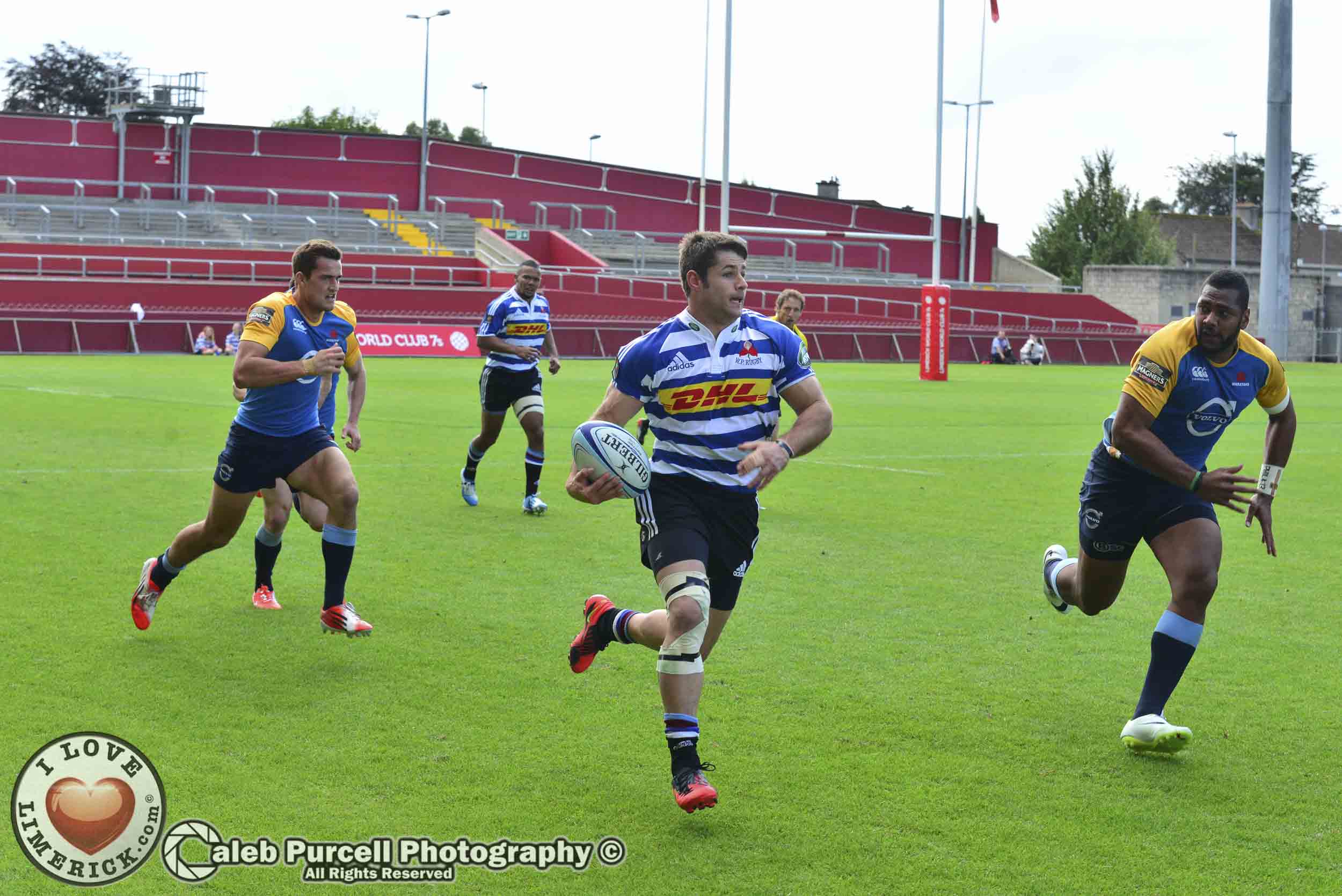 Thousands of people attended the inaugural Limerick World Club 7s event in Thomond Park this weekend and witnessed a feast of world class rugby as 12 clubs from northern and southern hemispheres battled it out over two days to be named champions.

Fiji’s Daveta claimed the title today as they overcame Vancouver Bears and were presented with the specially commissioned trophy designed by Andrew Clancy. The Fijian side, who came out third in their pool and ranked as 7th seed today, overcame both Munster and Auckland before taking on Vancouver in the final, which they won with a comprehensive score line of 36-12.

Meanwhile the Munster Rugby 7s team, who had the dream start on Saturday with three wins out of three, lost to Fijian side Daveta in a very tight quarter final match. With injuries to their star players, Gerhard van den Heever and Luke O’Dea, Munster struggled on Sunday to maintain the same form with a loss against Moscow Saracens but finished in 7th place with a strong win over the Blue Bulls.

The Combine Team, a squad of 11 Irish-based rugby players, acting as a substitute squad for all competing teams, were called on as 9 of these were selected to join squads throughout the tournament. Ireland U20 and Lansdowne player, Mark Roche, made numerous appearances for the Munster team while Shannon RFC player Rhys Joyce scored a try for the French side, Stade Français.

The weekend was filled with a spectacle of top class rugby with plenty of excitement, tries and even the world’s fastest rugby player, Carlin Isles. There was a host of entertainment in and around Thomond Park and Limerick city was bursting with atmosphere with the Milk Market and the embassy pubs a focal point on Saturday night.

Speaking about the event, Terry Burwell, Tournament Director, commented; “The Limerick World Club 7s has been a great success and the standard of rugby on show in Thomond Park has been fantastic. We were thrilled to have Munster take part and it was a great opportunity for local fans to see some of the terrific talent that is coming through the province. I’d like to thank Limerick city for embracing the tournament and all the travelling teams and fans and we’re already looking forward to next year’s event.”